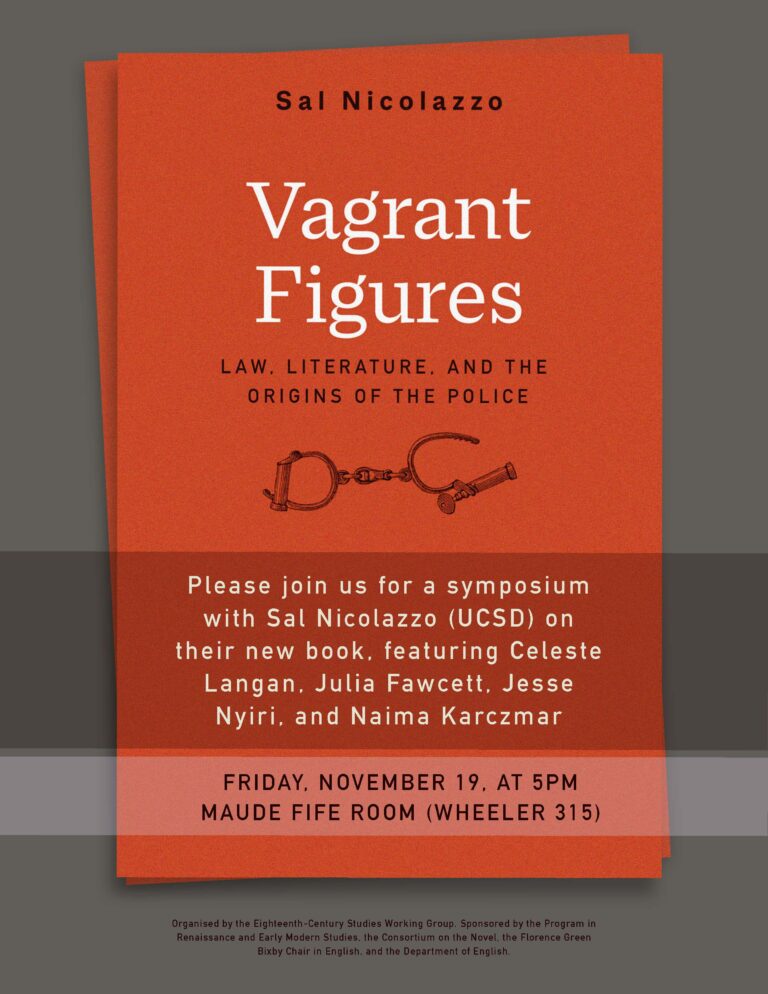 Please join us for a symposium with Prof. Sal Nicolazzo (Literature, UCSD) on their new book, Vagrant Figures: Law, Literature, and the Origins of the Police (Yale University Press, 2021).

From the book jacket:

“In this innovative book demonstrating the important role of eighteenth-century literary treatments of policing and vagrancy, Nicolazzo offers a prehistory of police legitimacy in a period that predates the establishment of the modern police force. She argues that narrative, textual, and rhetorical practices shaped not only police and legal activity of the period, but also public conceptions of police power. Her extensive research delves into law and literature on both sides of the Atlantic, tracking the centrality of vagrancy in establishing police power as a form of sovereignty crucial to settler colonialism, slavery, and racial capitalism. The first book in several generations to address policing and vagrancy in the eighteenth century, and the first in the field to center race and empire in its account of literary vagrancy, Nicolazzo’s work is a significant contribution to the field of eighteenth-century literary and cultural studies.”

Organised by the Eighteenth-Century Studies Working Group. Sponsored by the Program in Renaissance and Early Modern Studies, the Consortium on the Novel, the Florence Green Bixby Chair in English, and the Department of English.